Last week I wrote a bit about getting back to school. I wanted to say a little more about how the habit training piece fits into everything. It’s such an important part of our school life. But as usual, last weeks post was getting way too long. I decided to make a part two. So here it is:

You know what I didn’t miss about school during our summer break? The behavior issues. The bad attitudes.

Charlotte talks a lot about this issue, even saying that it would be worth all the mother’s time and effort for at least a month (of intense work) to help a child eradicate a bad habit. I have a child I’ve been working through a behavior intervention with. It has taken a lot of time, thought, study, and effort. (The issues surfaced the week we began school, or course.) We aren’t over the hill yet. (Of course I can’t give details, this is a person we are talking about, who wouldn’t want their behaviors discussed publicly, just like I wouldn’t…) Charlotte’s chapters in her second volume, Parents and Children were such a help, particularly chapters 9 and 16. Then the first and second chapters of her 5th volume, Formation of Character were quite helpful. I have been remembering over again Charlotte’s words on obedience (the quote is long, but you can find it in Volume one, pages 160-164) :

“Tardy, unwilling, occasional obedience is hardly worth the having; and it is greatly easier to give the child the habit of perfect obedience by never allowing him in anything else…”

Okay, great. But how could we give a child this habit? Well, it just so happens that I have been studying Charlotte’s section in volume one on habits. In Home Education (Volume One) pages 96-168, there are some profound ideas on habit training. They are worth some intensive study. Believe me. For the teacher’s sake as well as the student.

Something I had forgotten about in these pages was a temptation for mothers who are attempting to train their children in new habits. Charlotte explains how to train the habit, but then once the habit is nearly set in the child’s daily life, the mother, assuming that the child has to use great self-control EVERY time he performs the new habit, is tempted to let him off the hook since he has been doing so well. And that is the disastrous mistake. The mother has forgotten that a habit becomes second nature, and the child doesn’t even know after a while that they are performing the new habit. She says don’t disrupt a good thing! Do not let it go, even one little time. It will become effortless, and a joy when the child realizes that this very difficult thing has become easy to them just out of mere habit!

This habit training thing is gold.

“…the habits of the child produce the character of the man…”

Charlotte tells us that parents are inclined to say “oh, he’ll grow out of that behavior” or “he’ll know better someday”. She shows us the error of that line of thinking. She basically says “ohhhh no, just NO. Weed out the bad habit as quickly as you can, the strength of a habit grows with use!” (I’m paraphrasing.)

“Every day, every hour, the parents are either passively or actively forming those habits in their children upon which, more than upon anything else, future character or conduct depend.”

Blessings to you in your new school year. If any of you are also in the middle of some intense habit training, I’d love to hear how it’s going!

One thought on “Back to School Part Two: Habit Training” 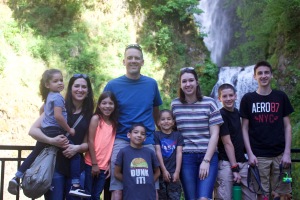 Welcome to Eventide! I began this little Charlotte Mason blog because my family blog kept getting overrun with Mason’s ideas and my yammering about our home education experience. So, I moved all of that talk over here.

My name is Mary, and my husband Michael and I love using Charlotte Mason’s method to educate our seven children. We have graduated our oldest, and she is doing well at college this year. I teach the rest of our children at home. We have adopted our four youngest children, and they are also thriving with this way of learning.

Thanks for stopping by, I hope you enjoy this blog!

My Talks from the Living Education Retreat 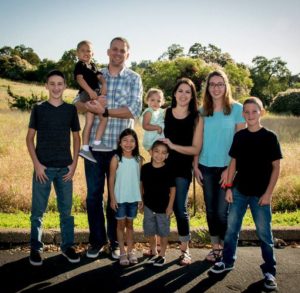 I’ve decided it would be alright to share these talks with those who want to easily find them. I have met so many wonderful people over these past few years, and I am very grateful for your comments on these talks.

Thanks to my kind friends Nancy Kelly and Art Middlekauff, I am able to share my talks from past Living Education Retreats.

For my talk on Simplicity in 2017, you can follow this link to Art’s post on Charlotte Mason Poetry.

For my talk on Trusting Mason’s Method, from 2018 you can follow this link to Sage Parnassus.

Thank you Nancy and Art for sharing these talks!